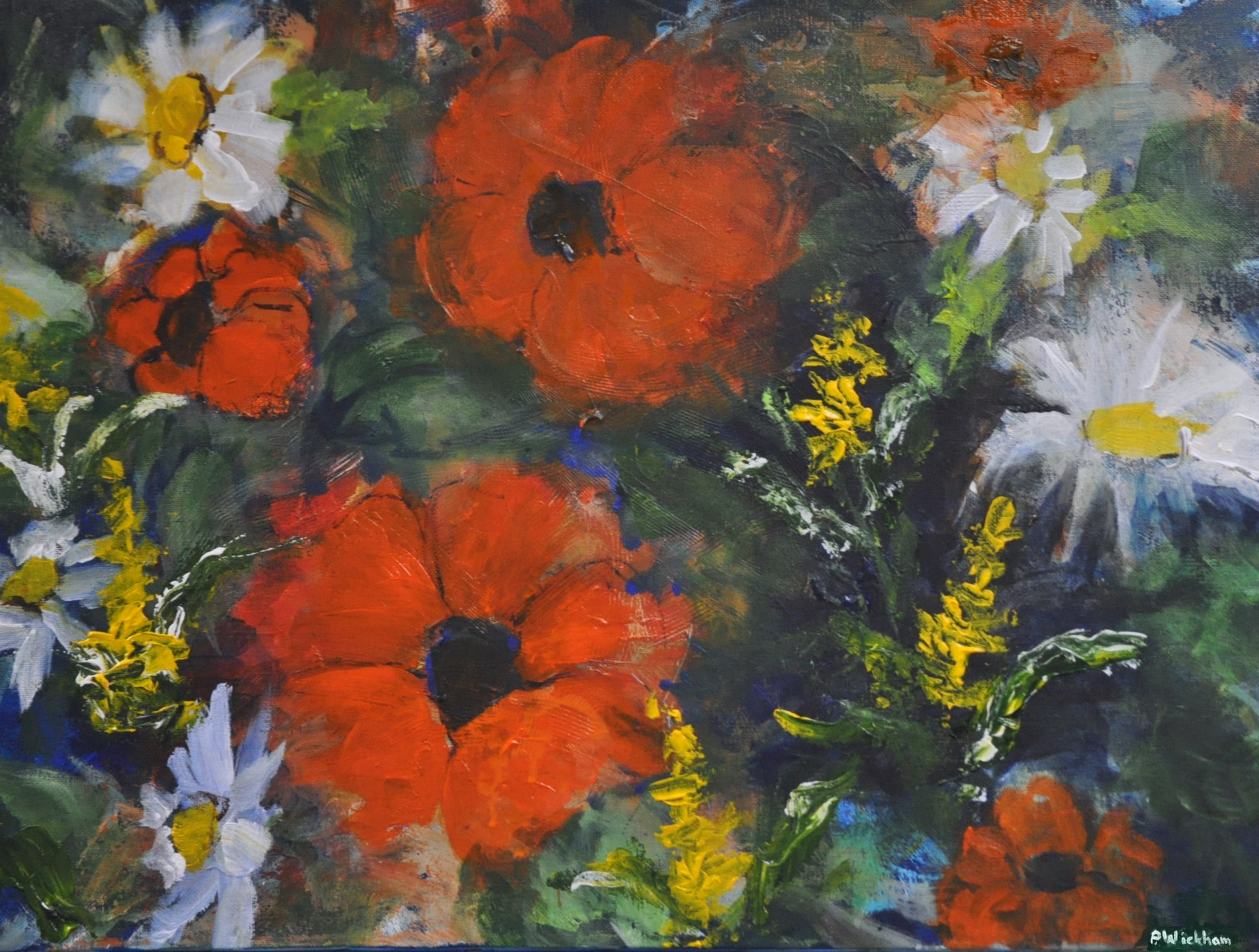 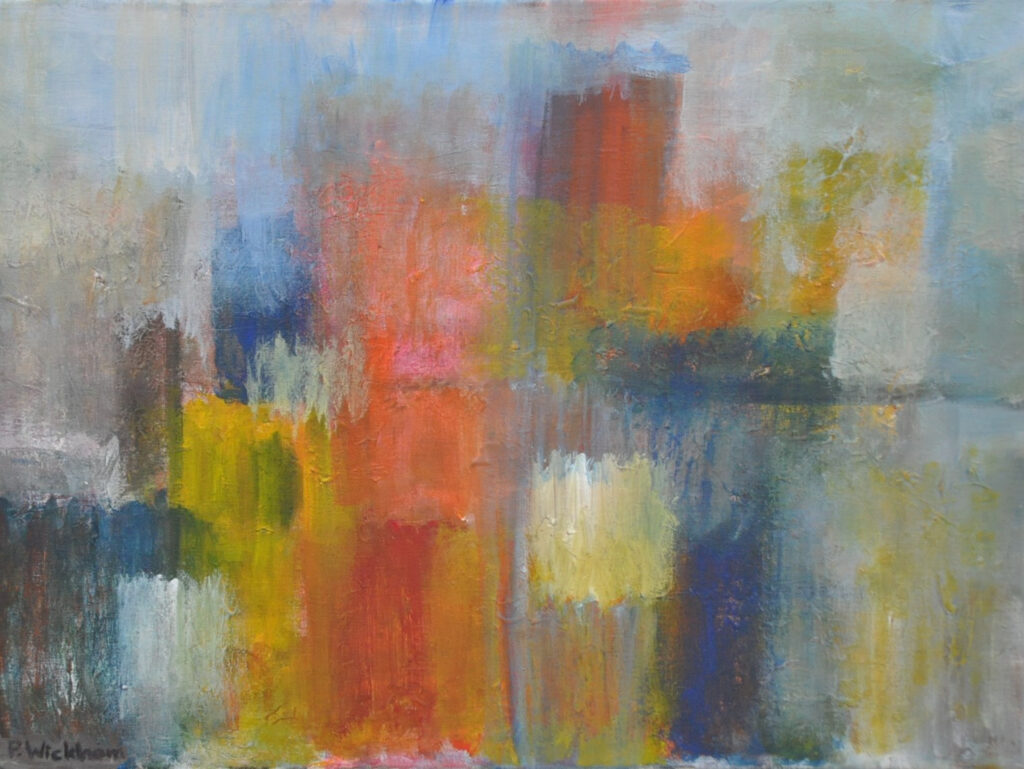 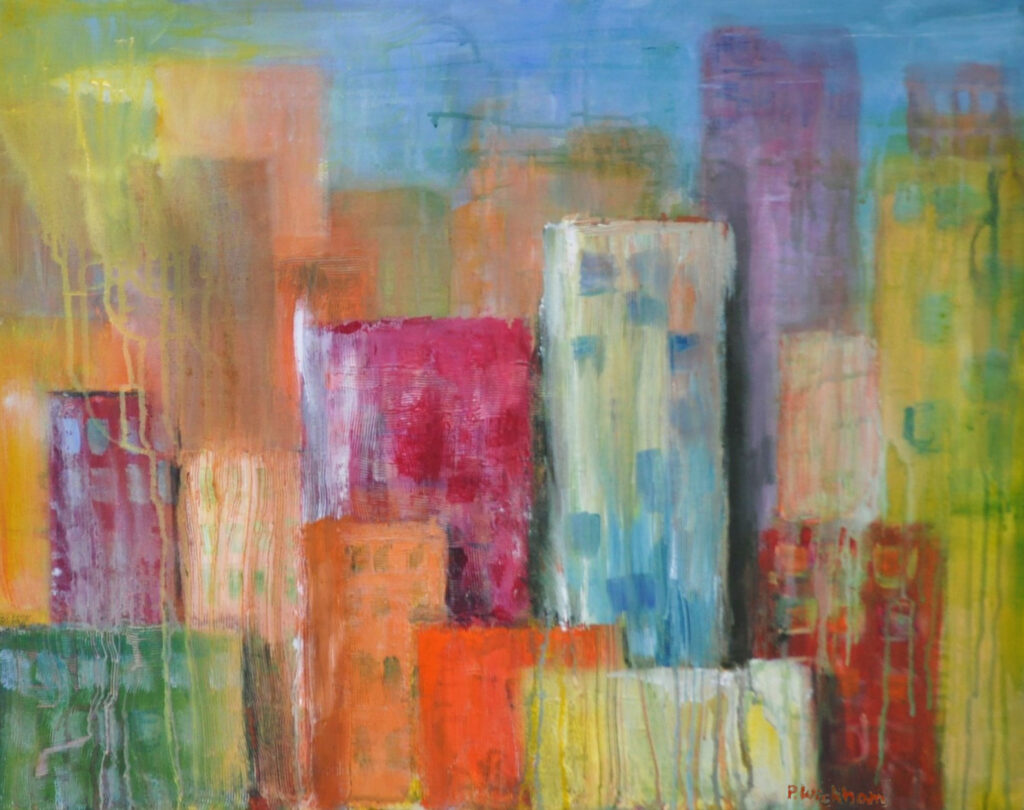 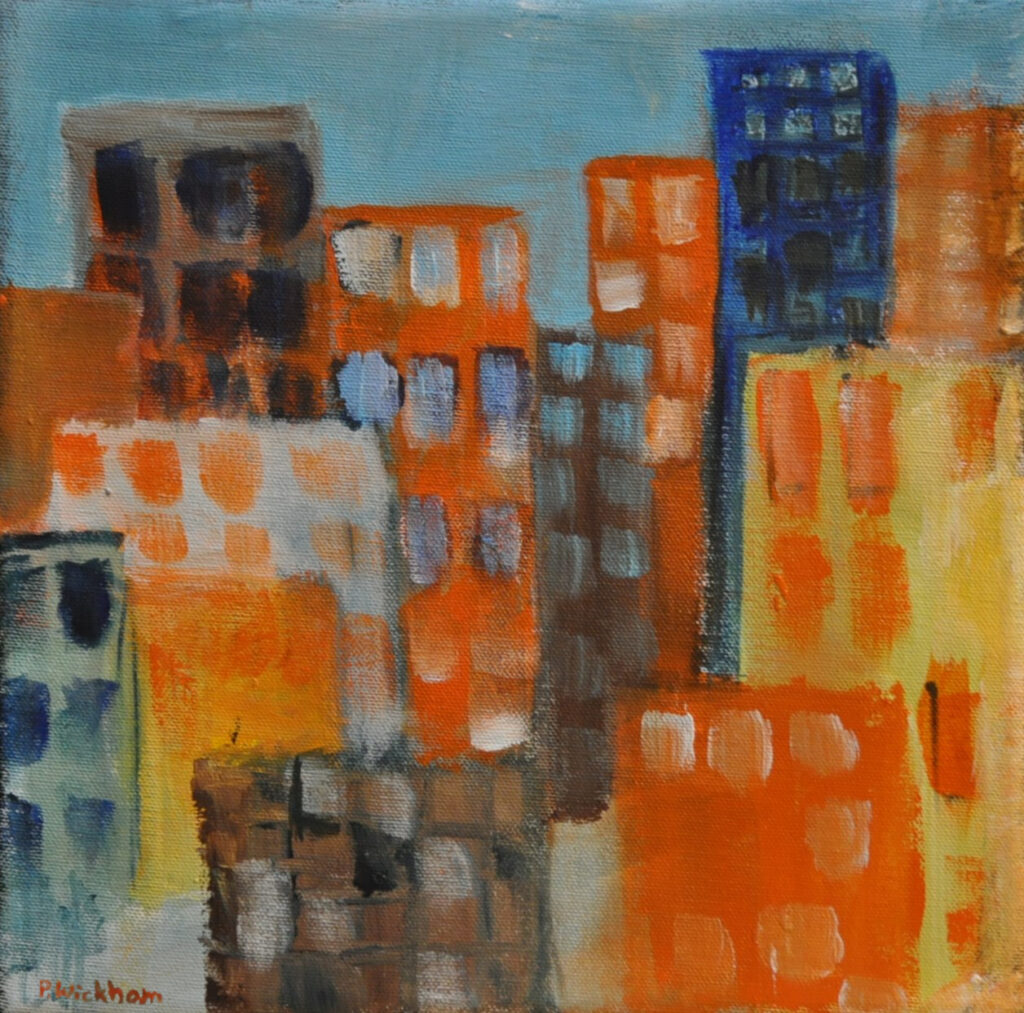 Artist's Biography—Peggy Wickham was born near Cleveland, Ohio, and moved many times with her husband while he was in the US military, and later when the company he worked for relocated him, . She moved to Fredericksburg in 2008 and found in the local art community a great climate for creating art.

She works primarily as a painter, but likes to create in other mediums as well, particularly textile pieces that incorporate 3 dimensional elements.

Her work is generally about nature, and that may be expressed as a variety of styles from impressionistic pieces to abstract ones. She has been very interested recently in experimenting with new techniques and mediums, resulting in pieces that are more abstract than some of her earlier work.

Her education as an artist began at the State University of New York, where she majored in Art Education with a focus in painting. She has continue her learning process in workshops around the country, with artists such as Linda Kemp, Sterling Edwards, Caroline Jasper, David Dunlop, and more.

She lives and works in Fredericksburg, VA where she has a studio in her home.

Artist's Statement—I am primarily a painter, although I often find in textiles a medium that allows me to get a different perspective of elements or art such as color, texture, volume, and line. Sometimes these pieces will be three dimensional. In any case, these forays into other media allow me to come back to painting and subtly change the way I approach the next creation.

I approach a blank canvas in two different ways. Sometimes I have a particular subject in mind, and head right into portraying that subject. Other times, I find myself approaching the blank canvas with a spirit of play, allowing the initial marks made to be done in a way that is about learning how the paint or other material will react. In this case, half of the piece “creates itself”. Once I have a piece I like, the task is to stop playing and allow the piece to “be”. The materials I use most often, are acrylic paints and standard canvases, but occasionally use a variety of variations in either surfaces and mediums, and love to combine mediums- from acrylic paint to watercolor, ink, gouache, and almost any medium that will stand the test of time. The same is true of the surfaces I use.

I am constantly trying new materials and methods, but of course use “Tried and True” methods most often. This is because they: 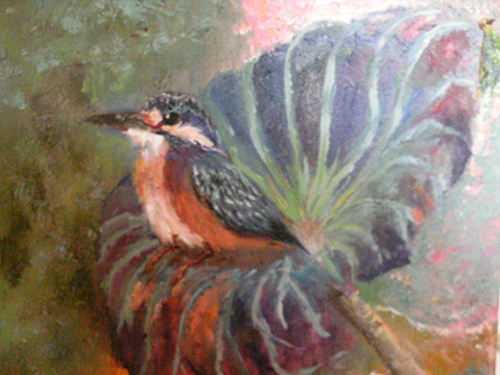 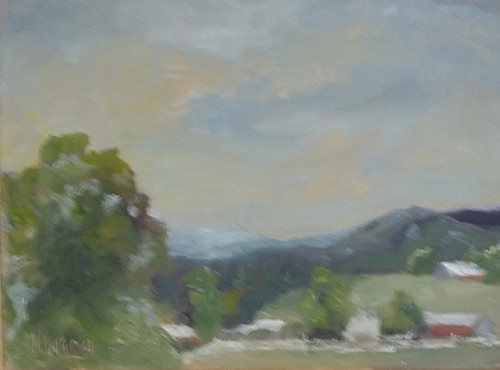 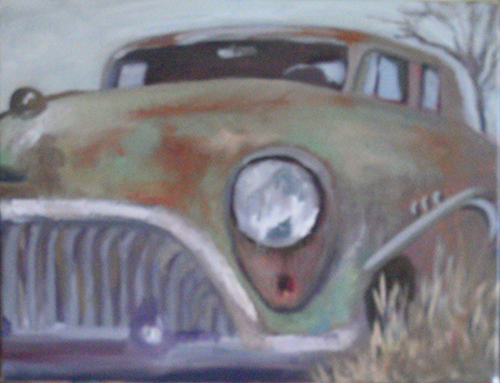 Artist's Statement—I started painting at a very young age. I have always loved the feel and smell of paint (maybe not so good!). But if I could I'd do nothing but paint. I've been doing more plein air painting but I'm working to make them feel a little richer in content ...I love walking through the woods and now I'm taking my easel with me. I love the little scenes I come across. I hope you can enjoy them as much.