Linocuts: Past and Present  || Artist Talk

“Linocuts Past and Present” is meant to be a retrospective of my work in the linocut medium over the last 15 years. I have always been a printmaker, studying intaglio printmaking at the San Francisco Art institute. But to avoid the strong acids and solvents of etching I turned to safer nontoxic relief printing.

Linocuts are a simple relief block printing process. Areas of the block are carved out leaving some areas in relief. Ink rolled on the block adheres only to those areas in relief. The inked areas then print leaving the carved areas white. An advantage of linocuts is that they can be printed by hand without a press unlike intaglio printing.

Relief printing is the oldest form of printmaking dating back to 255 BC in Egypt and to 800 AD in China. Starting in 1400 it caught on in Europe. We are all familiar with the beautiful Japanese woodblock prints from the 17th through the 19th centuries. The German Expressionist woodcuts were created in the early 20th century. In the mid-20th century printmakers began to use the medium of linoleum because it was easier to work with then wood and did not a have a grain.

For me, linocuts are all about simple contrast, pattern and texture. It seems that the characteristics of the medium lend themselves naturally to expressionistic image making. I think this is especially true when portraying the human figure.

I use Ikua inks which are permanent, although non-toxic and can be washed off with soap and water, inexpensive speedball carving tools and a variety of cotton acid free printmaking papers. Many of my earlier prints were pulled by hand without a press, rubbing and pressing with a wooden spoon, rolling pin or a barren. Later I progressed to running my blocks though a press.
The creation of my linocut prints is a slow, many stepped process. I spend a long time drawing and redrawing the image which is transferred to the plate. After the block is hand carved, ink is rolled on, paper is laid on the block and it is then run through a press.

Traditionally, in printmaking artists pull what is called an “Edition” which is a large number of prints signed and numbered. My editions are very small --10 or less. Also, most of my prints are unique variations; ink is rolled on the block in nonidentical ways, creating unique variation prints. In addition, most of my prints are hand painted making them more like mono-prints because each one is different.

Through this stylized medium I am hoping to tell a story and to convey a visual impact focusing on texture, pattern and contrast. 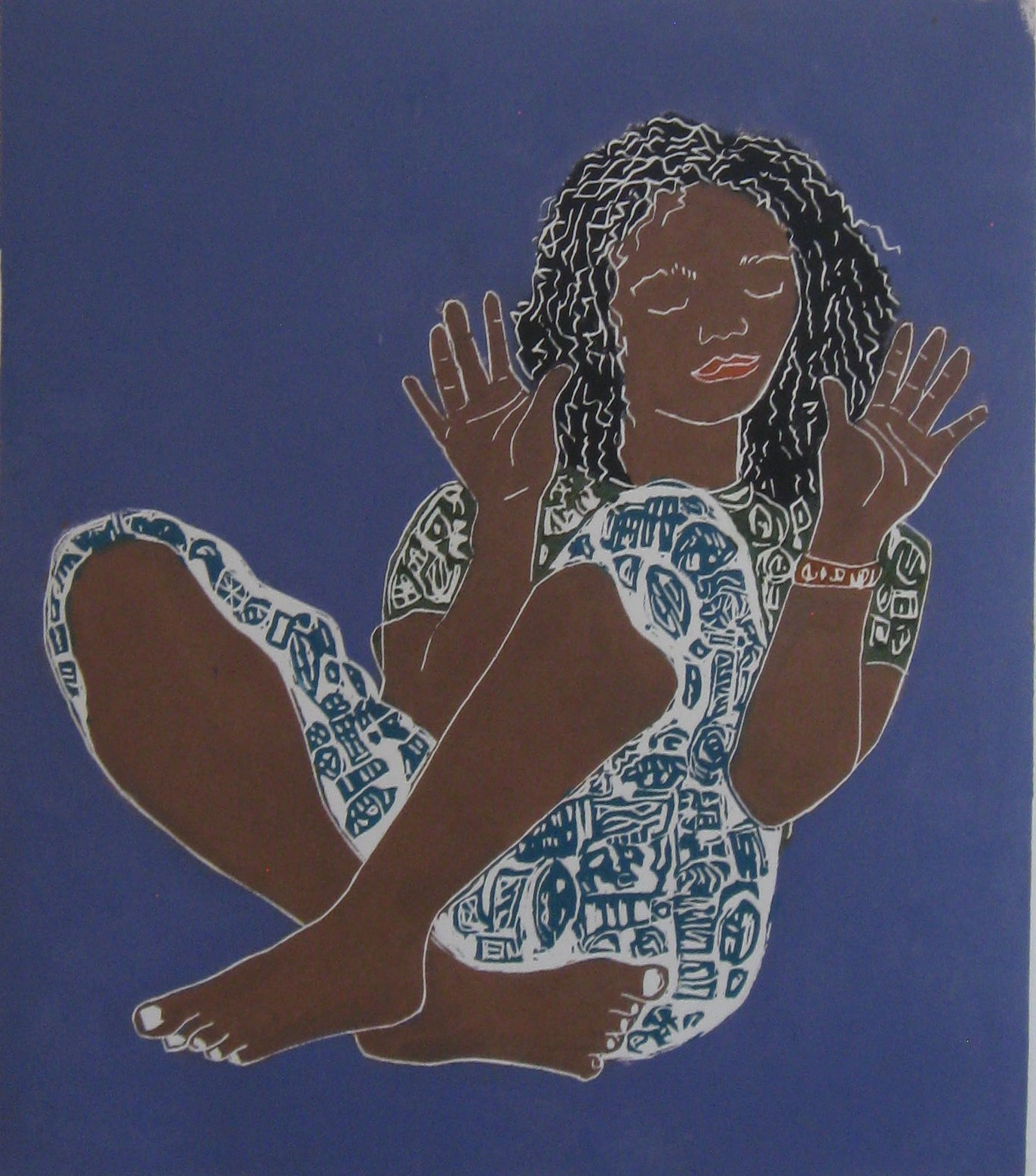 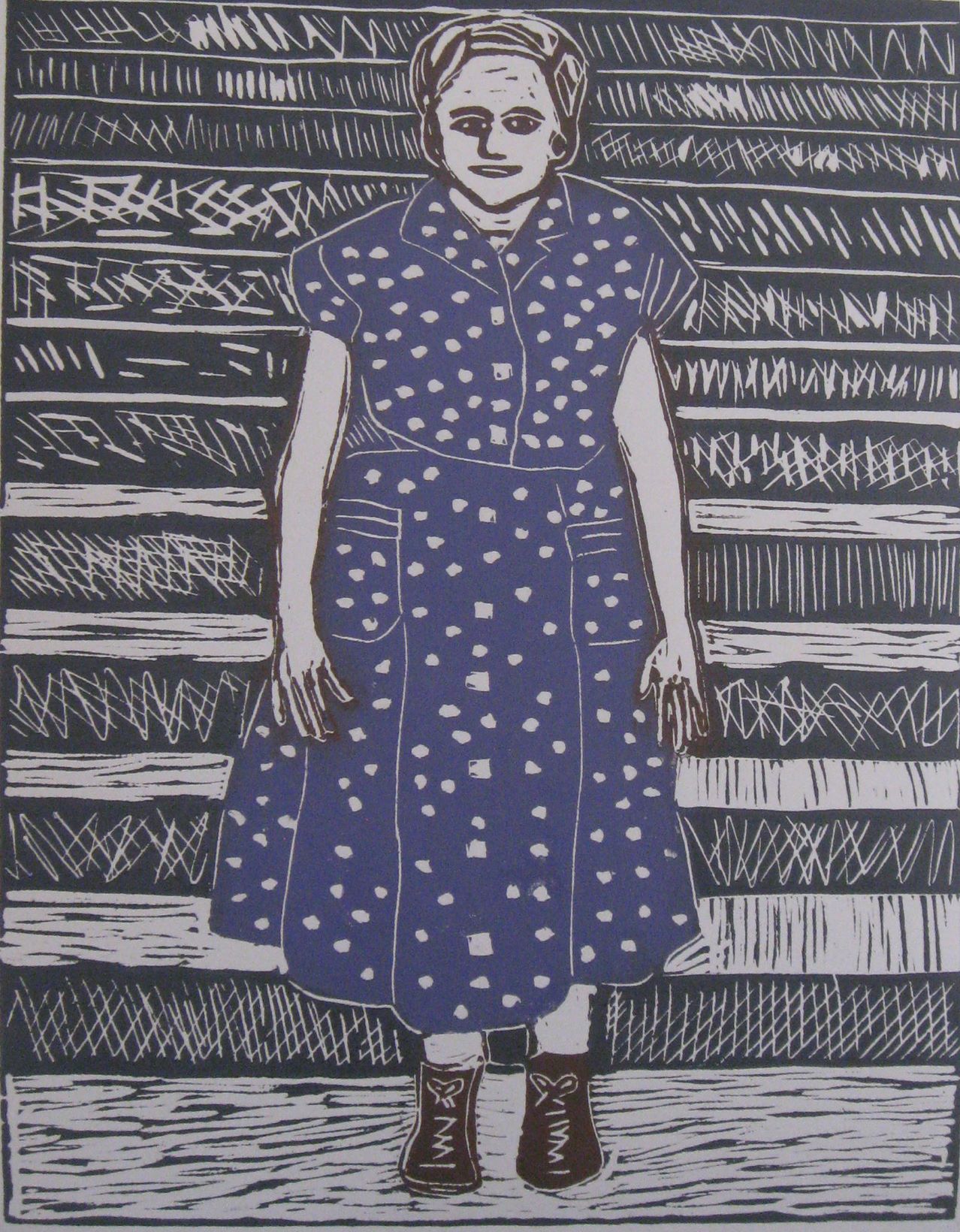 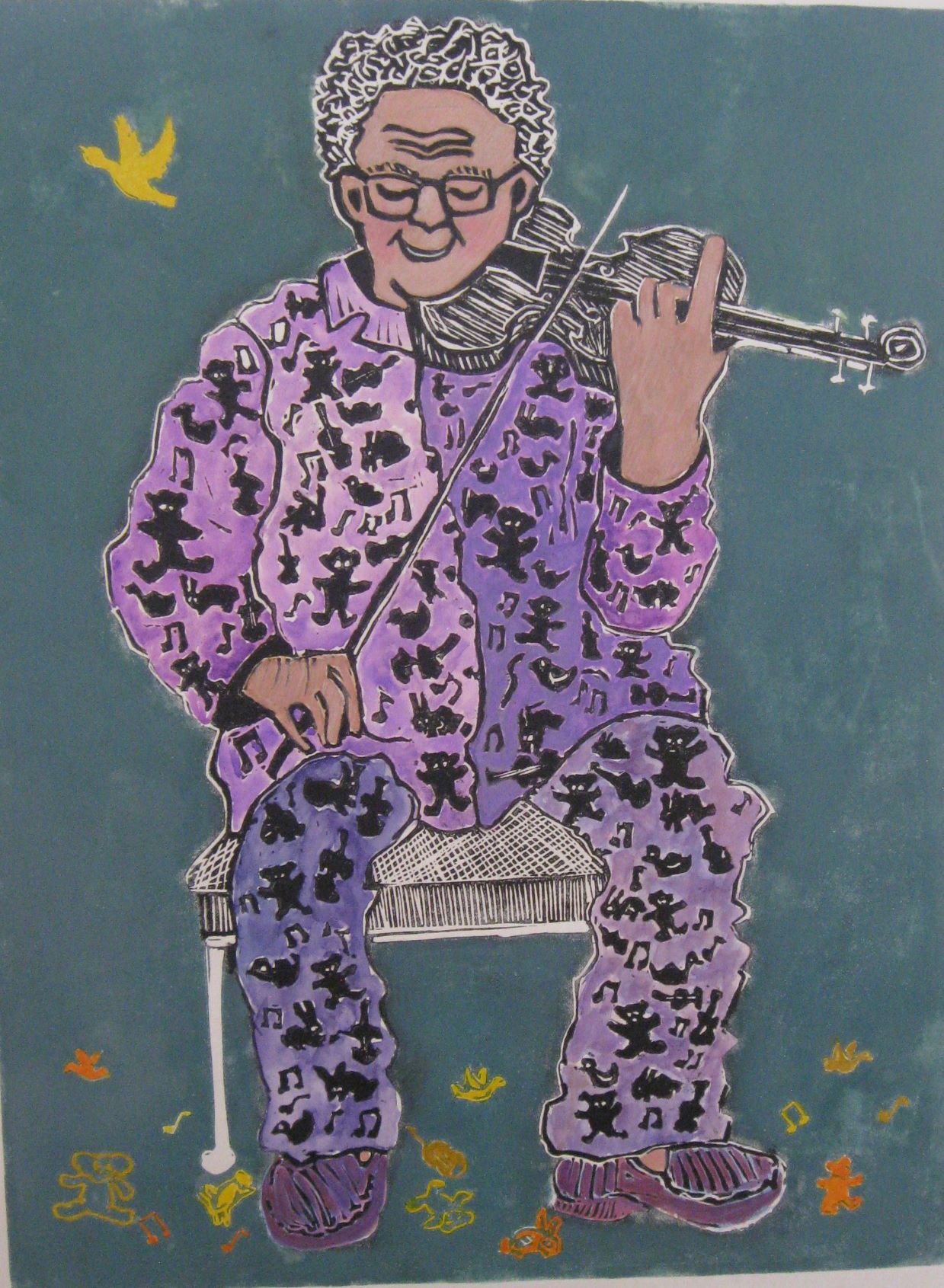