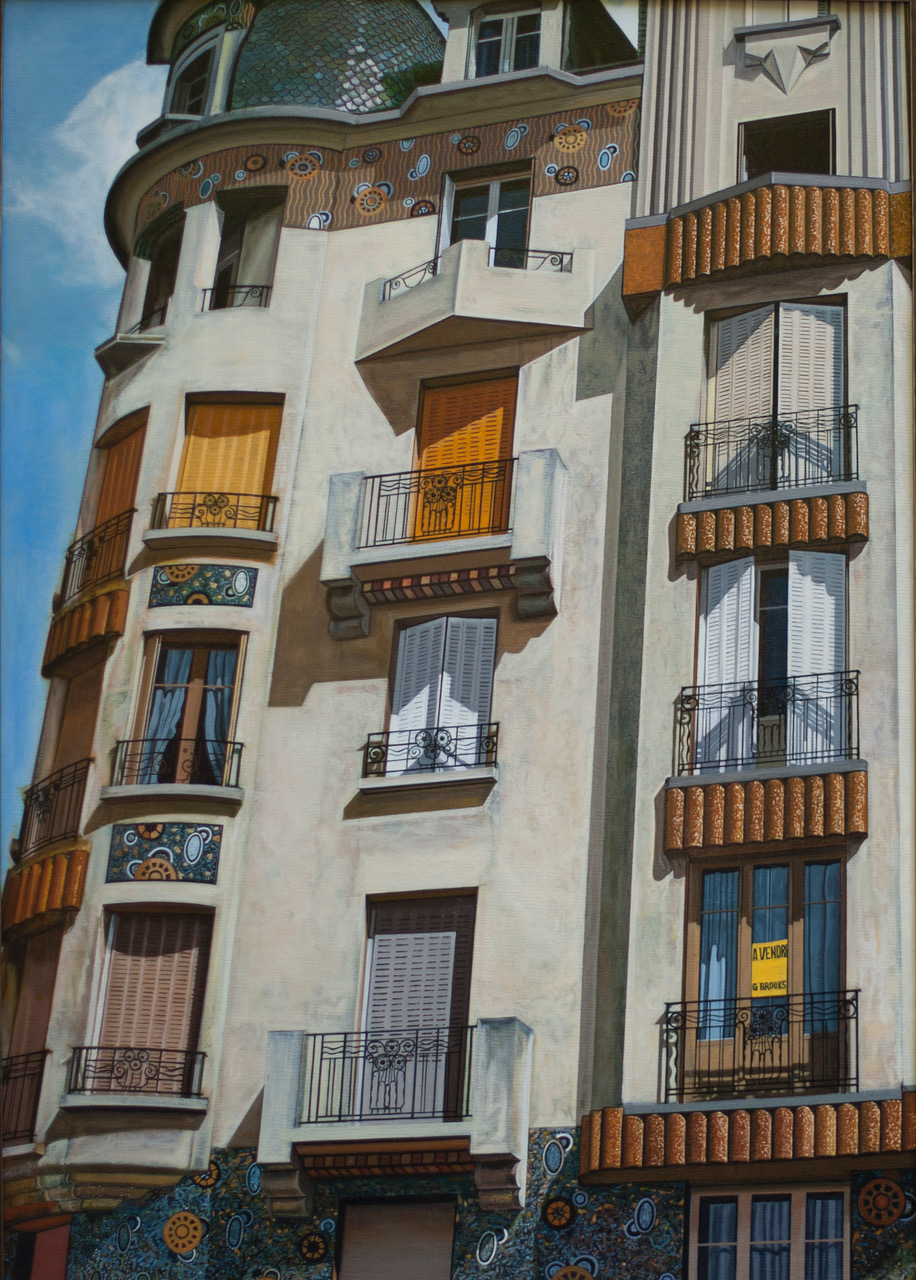 Homage to Odorico souvenir of Rennes, work by Gary Brooks 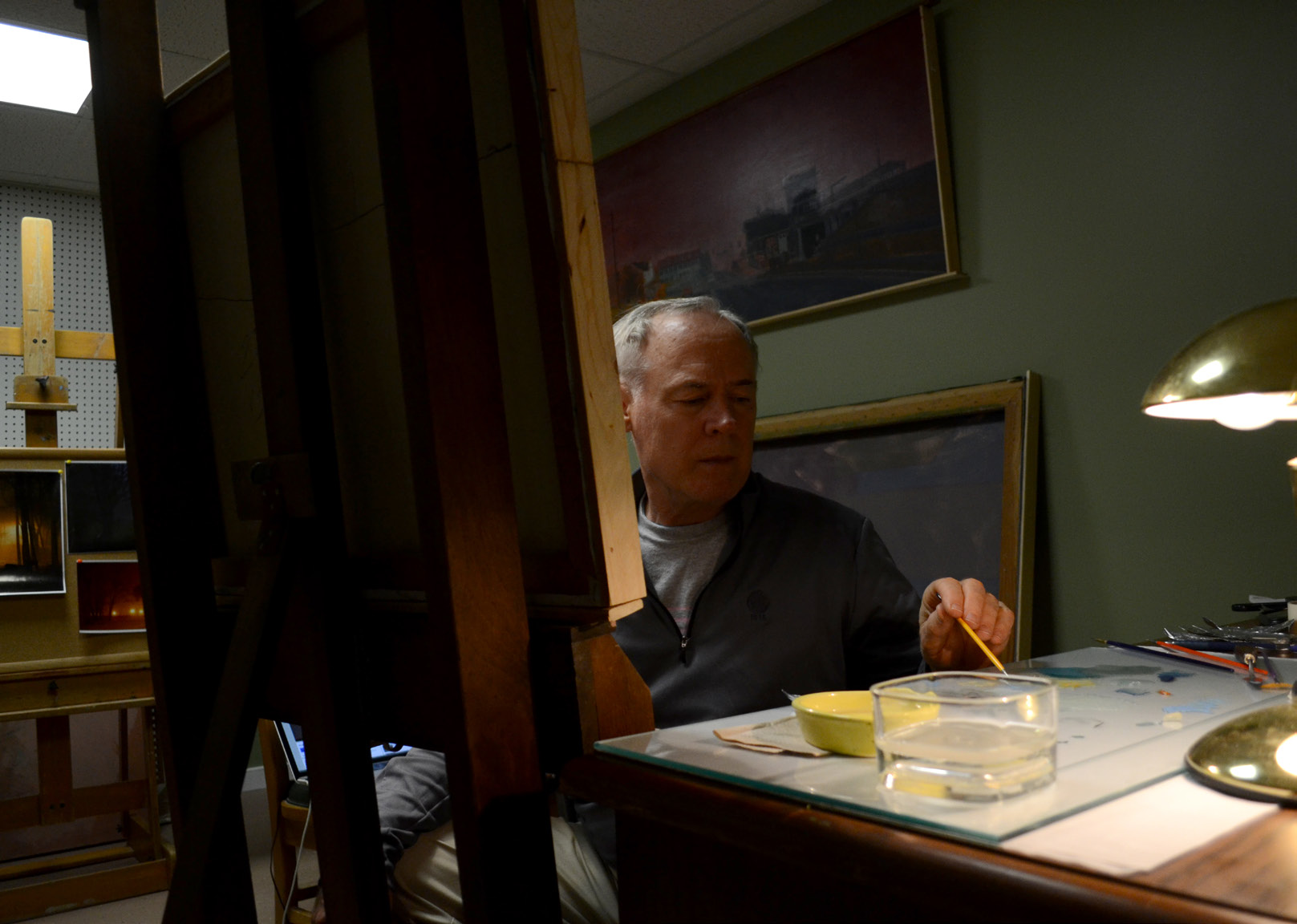 When I was growing up my grandfather, John Chandler was an enthusiastic oil painter. He painted landscapes and took art classes as much as he could while he balanced his love of art with an engineering job in Akron, OH. He would teach me how to draw at the dinner table and his enthusiasm inspired me.

I learned technique and composition from my instructor Jeff Sambrowski while at VCU Art college in the 1970’s. Jeff now has his own design firm in Richmond. At the time pop art and abstract art was popular but I favored and still favor realism. My favorite artists were Edward Hopper, Salvador Dali and Georgia OKeefe. After college I traveled to France and Spain to study antiquities.

In the mid 1980’s while working at Continental cablevision, I was still painting and began to get my work ready to show. In 1992 my art was accepted into a show in a Carytown Art Gallery. I had some success selling paintings to corporations. In the mid 90’s I met John Arkin who saw my work and invited me to stay in one of his northern Virginia homes so I could focus more on my painting. John’s step father, Dr. Jerry Perman encouraged me to “just paint more and develop your style.”

Dr. Perman started the Choral Arts Society of Washington, DC. He and his wife held soiree’s, debut performances in their Kalorama home for emerging vocalists and musicians. Dr. Perman called and sent letters of encouragement to me during that time.

While at Mr. Arkin’s home I completed four paintings. I will always appreciate their generosity. It was a productive time for me.